Gilbert Castaneda tried different public schools, but it was always the same story. His mother, Marlene, received phone calls daily, asking her to pick him up because the schools didn’t know how to handle Gilbert’s needs or support him properly. Public schools weren’t the right fit for him.

But in May, Gilbert graduated from high school through the Adaptive Skills for People with Emotional Needs (ASPEN) Program at the Tennyson Center for Children, making him the first to earn a diploma from the 115-year-old organization.

As a former teacher herself, Marlene was impressed with the Tennyson program. Gilbert started there when he was a freshman in high school, and at first, she was wary. Tennyson quickly earned her trust, and Gilbert’s too.

“They actually listened to me,” she said.

The ASPEN program is one of two at the center supported through the Rocky Mountain Human Services Denver Mill Levy Program that focuses on teaching adaptive or life skills. The second is the Behavior Resources and Adaptive Needs in the Community and Home (BRANCH) Program.

Mill levy funding pays for four Denver students to attend the ASPEN program and seven Denver students to attend the BRANCH program, directly supporting kids who need it most, like Gilbert. The ASPEN program opened its first classroom in 2011, and the BRANCH program is about four years old. They’ve received mill levy funding since 2018.

Both programs offer individualized education in small classrooms to those with intellectual and developmental disabilities (I/DD), autism spectrum disorders and other unique needs. There, they can learn and grow with proper support.

RMHS receives a portion of Denver property tax revenue dedicated to those with I/DD to fund unique programs that community partners, like Tennyson Center for Children, provide to Denver residents.

Through the ASPEN Program, Gilbert learned important life skills that weren’t a part of public education. He was responsible for keeping the school library in order. He practiced budgeting and grocery shopping. He had responsibilities of his own, like taking out the recycling once a week. He was empowered, Marlene explained.

“He felt wanted, he felt achieved and he felt like he was accomplishing,” Marlene said.

Gilbert went on field trips, something he was not able to do at previous schools. He also was given opportunities to mentor younger kids.

Proud mom Marlene Mendoza stands in front of the Tennyson Center for Children, the school that empowered her son to be a leader, mentor and high school graduate.

Marlene has seen Gilbert grow so much since he started at Tennyson. He has developed leadership skills and he’s happier than ever.

“You’ve got to love yourself and be happy with yourself,” Marlene said. “A lot of people didn’t give him the chance to be that person.”

Gilbert’s graduation was a day dedicated all to him. He was the single member of Tennyson’s class of 2019. Gilbert couldn’t help but tear up as he grabbed hold of his diploma in front of his family and teachers, Marlene said.

Tennyson has a long-standing history in Denver and has supported children with unique needs through multiple programs since 1904. The center’s mission is to empower children who have experienced abuse, neglect and trauma to bravely and safely change their life story through therapeutic support and education.

Lauren Dartt, the center’s director of marketing and communication, said that the goal is to stabilize, heal and reintegrate children into schools, families (if they’ve been removed), and their communities. With Gilbert, he could’ve been placed into a public school after a few years in the ASPEN program, but it wasn’t the right move.

Gilbert has paved the way for the next class of graduates. With support from the RMHS Mill Levy Program, more Denver kids will have the opportunity to graduate from the Tennyson Center for Children. 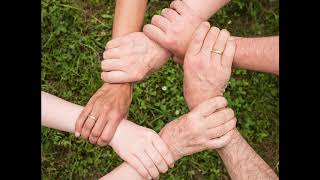 Homes for All Veterans Program: On the Road to Stable Housing

Meeting the Needs of the Most Vulnerable